In the heart of North York

The Point Condos at Emerald City is a new condo project located at Don Mills Road & Sheppard in North York, It will be developed by Elad Canada. The Point Condos at Emerald City Condos right across from the well known Fairview Mall. Be close to the Don Mills Subway station, the highway, shopping, restaurants, schools, Seneca College and so much more!

The Point will be the second phase of Elad Canada’s master-plan community of Emerald City. The community will have a 50,000-square-foot community centre, a 5,000-square-foot aquatic centre releasing this summer of 2017, and the neighbourhood will have a school and daycare.With 170 stores and services, an extraordinary selection of big-brand retailers, luxury labels, restaurants – even a 17-screen cinema – expect to stop in to shop at your slightest whim. The Point at Emerald City is being designed by VZMH Architects. The building will feature 24 storeys and prices will start in the $300’s. 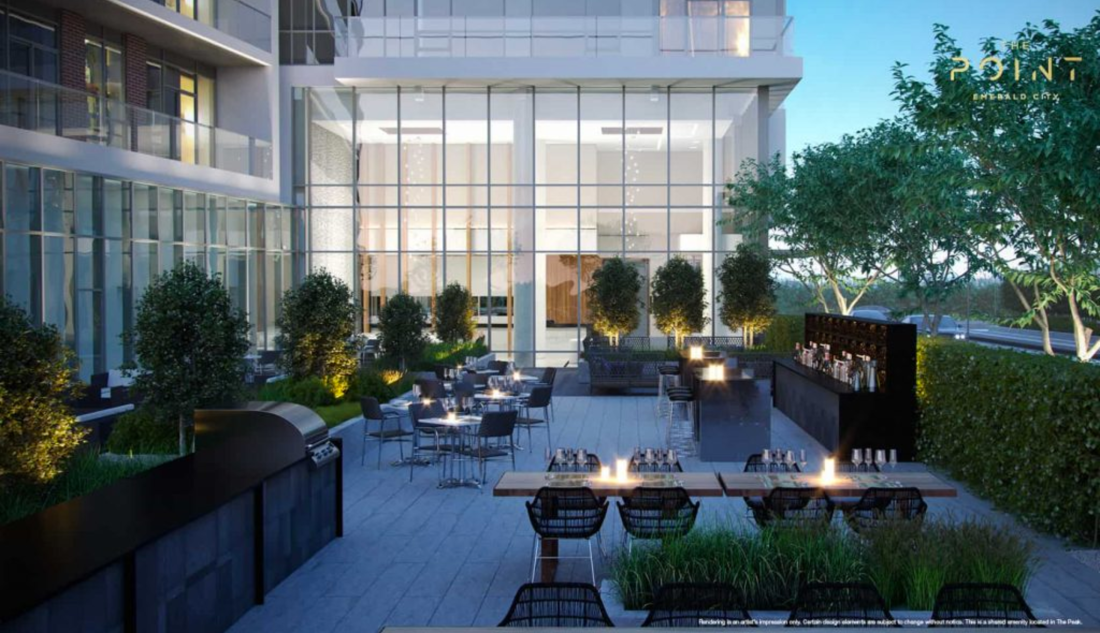 • Walking distance to Fairview Mall – with over 170 stores and services, an extraordinary selection of big-brand retailers
• 7 minutes walk to Don Mills Station,Bus stop at your doorstep
• Close to 404, DVP and 401
• Close to Seneca College
• Minutes to North York General Hospital
• Board the subway at Don Mills subway station across the street
• Pedestrian-friendly neighborhood with majority of amenities within walking distance 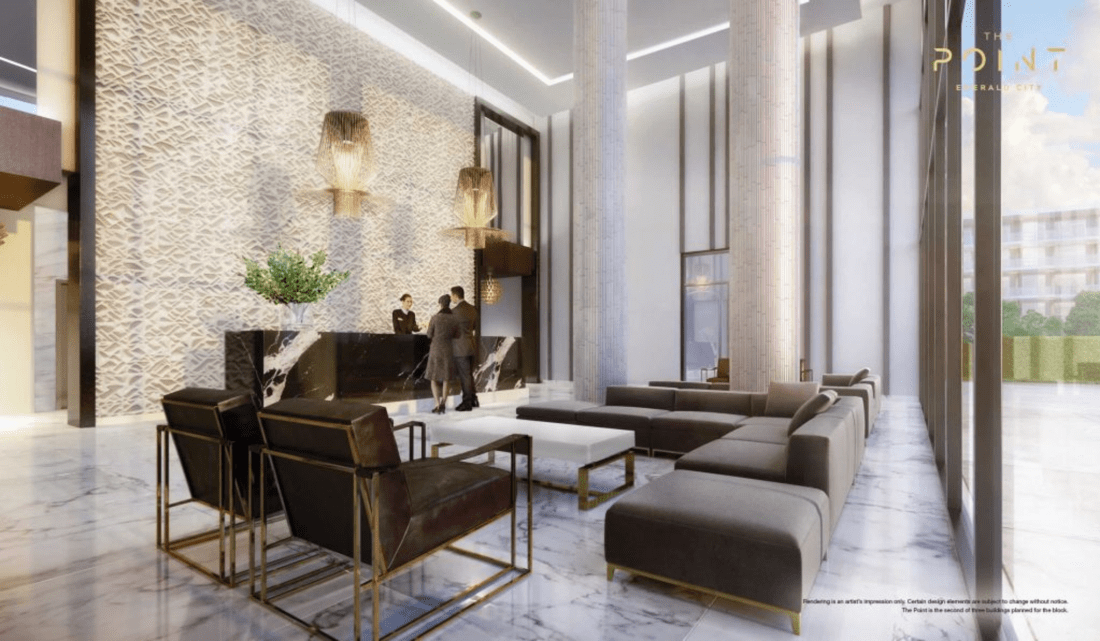 • Don Mills-Sheppard area will be a focus for future investment in transit infrastructure and development by the Province of Ontario and the City of Toronto
• Transit score 84
• Bus at doorstep, approximately 7-minute walk to subway
• Don Mills Station is a major transfer point connecting the east end of Toronto with the Sheppard Subway Line, as well as VIVA bus services from York Region. 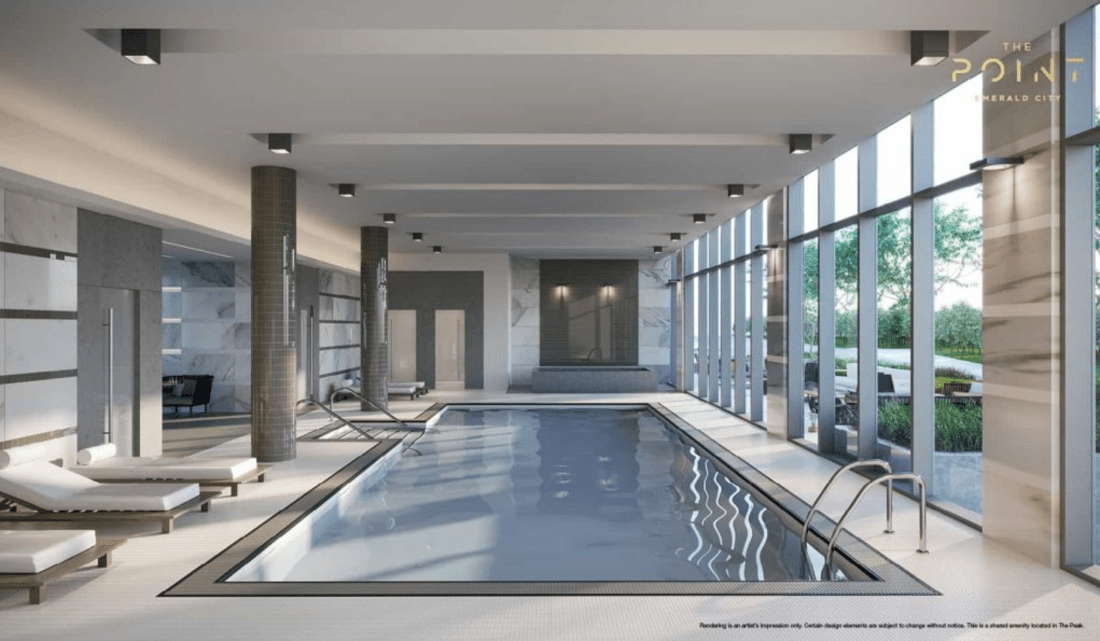 An open invitation to get together have fun, learn, or stay fit, the exciting new Parkway Forest Community Centre welcomes one and all. 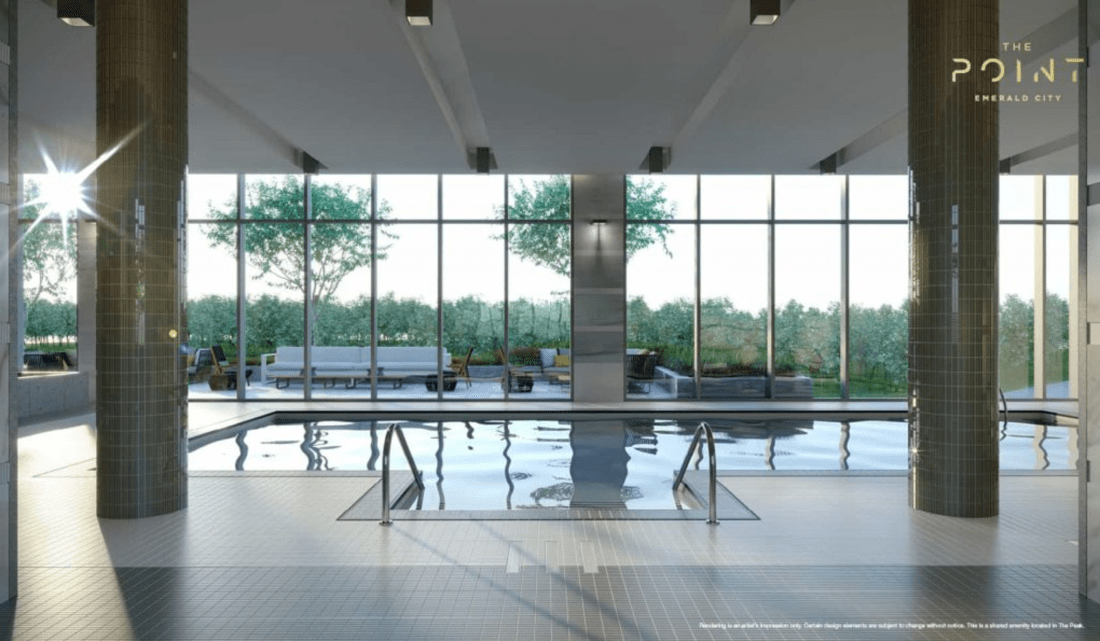 This Don Mills Condo is conveniently located around major community centres and reputable schools. Libraries are also at a close proximity, making this property even more desirable. Nearby schools, libraries and community centres include:

Residents will have no issues tasting the savoury meals of many nearby restaurants. There are over 15 restaurants located in CF Fairview Mall alone, and even more within the Sheppard and Don Mills Area. Residents will be minutes away from some of the following restaurants/fast food places.

Featuring an abundance of name brand stores, the renowned CF Fairview mall is merely steps away from The Point Condominiums. Shopping has never been easier!

Those investing in The Point Condos are investing in a master planned community. That being said, prices are estimated to rise as the area continues to develop. In addition to that, the University of Toronto Scarborough campus is a short 12-minute drive away, making this a perfect location for students to rent from. The potential for an increase on investment is definitely made possible. 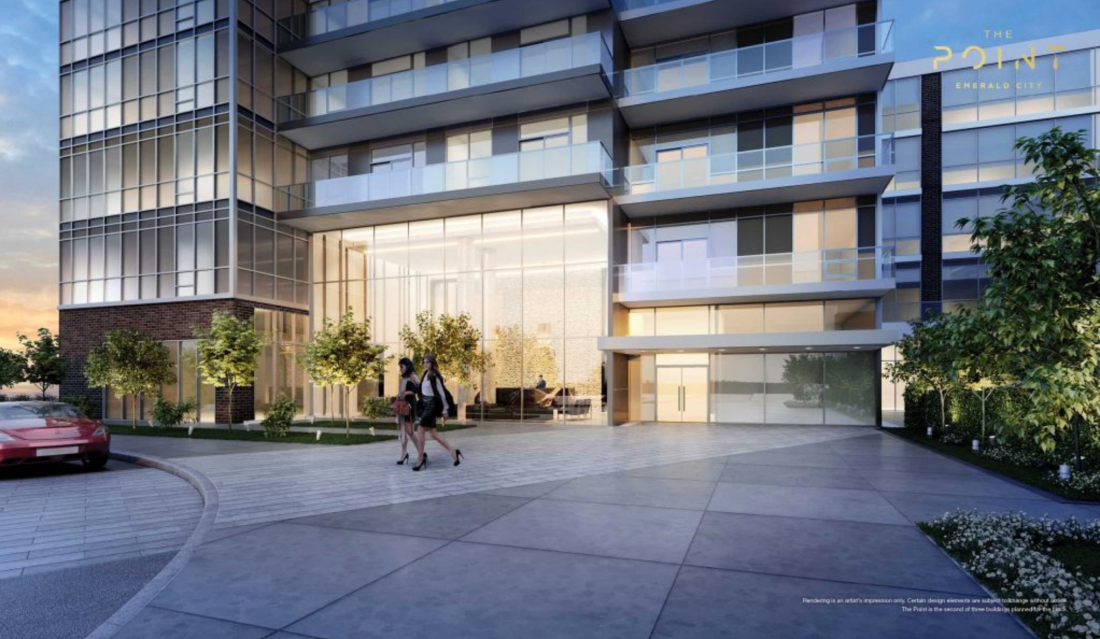 Since its inception in 1997, Elad Canada has pursued an aggressive growth strategy in central Canada acquiring income producing properties from various asset classifications as well as development sites, resulting in a portfolio of approximately 5.9 million square feet of commercial space and approximately 17,000 apartment and seniors’ units by 2008.

In recent years, the company has shifted its focus from income producing properties to development sites, specializing in mid- and high-rise condominium development and master planned communities.

Best known for its visionary approach at the award winning Emerald City master planned community in Toronto, the Cité Nature condominium development next to the Olympic Village pyramids and the redevelopment of the historic Nordelec building in Montreal, Elad Canada leads the way with innovative development projects.