If you’re craving the excitement of King West, Maverick has everything for you.
Empire Communities presents a grand tower of 49 storeys rising above two heritage buildings with elegantly restored facades. Empire Maverick Condos will be an upscale living destination for those who crave the excitement of King West. Maverick will be home to the Torontonian who has their finger on the pulse of the city’s best restaurants, bars and social hotspots. Empire Maverick condominiums are located in Toronto’s bustling Entertainment District with 99/100 WalkScore and 100/100 Transit Score. Ideally situated in the heart of Toronto’s Art & Culture, steps to Toronto International Film Festival, Four Seasons Centre of the Performing Arts, Toronto’s Theatre District, Rogers Centre and the CN Tower. Once a major industrial hub, the neighbourhood is still populated by many historic warehouses, some of which have been converted into restaurants, nightclubs, studio or office space. These traditional buildings now nestle side by side with modern glass towers, giving the area a unique look that merges old with new. 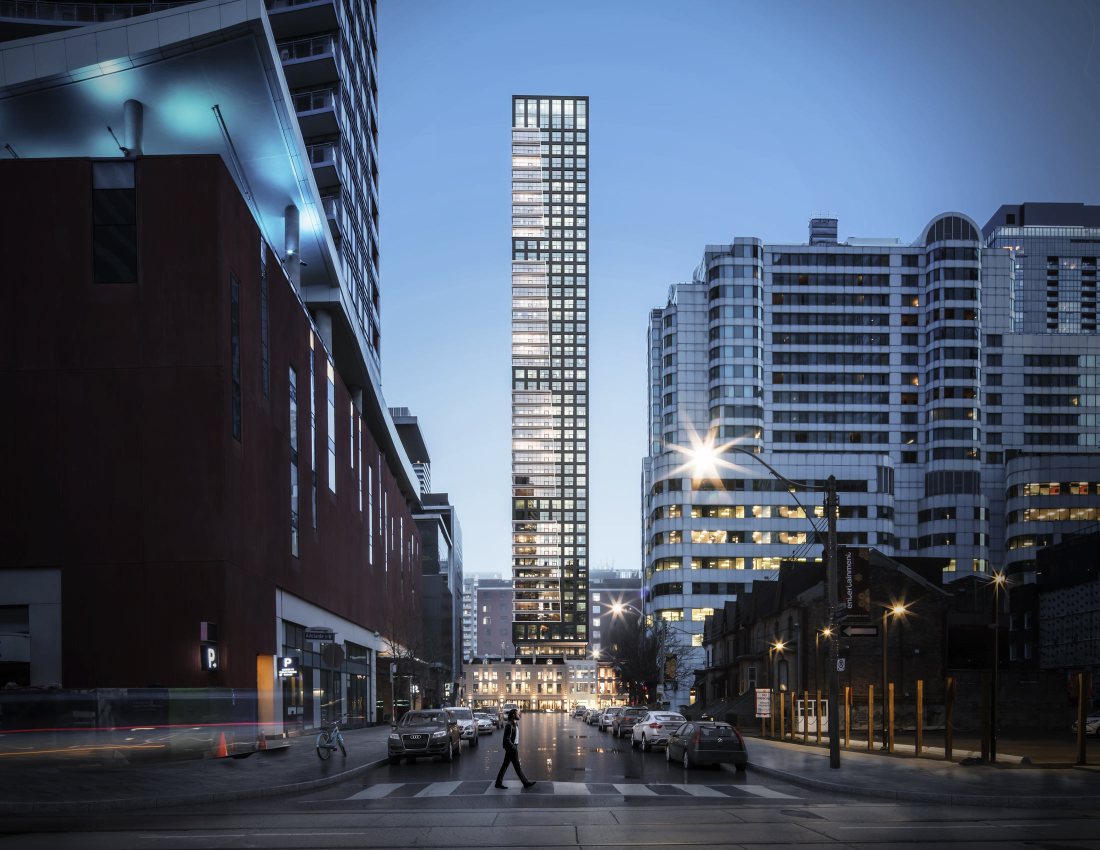 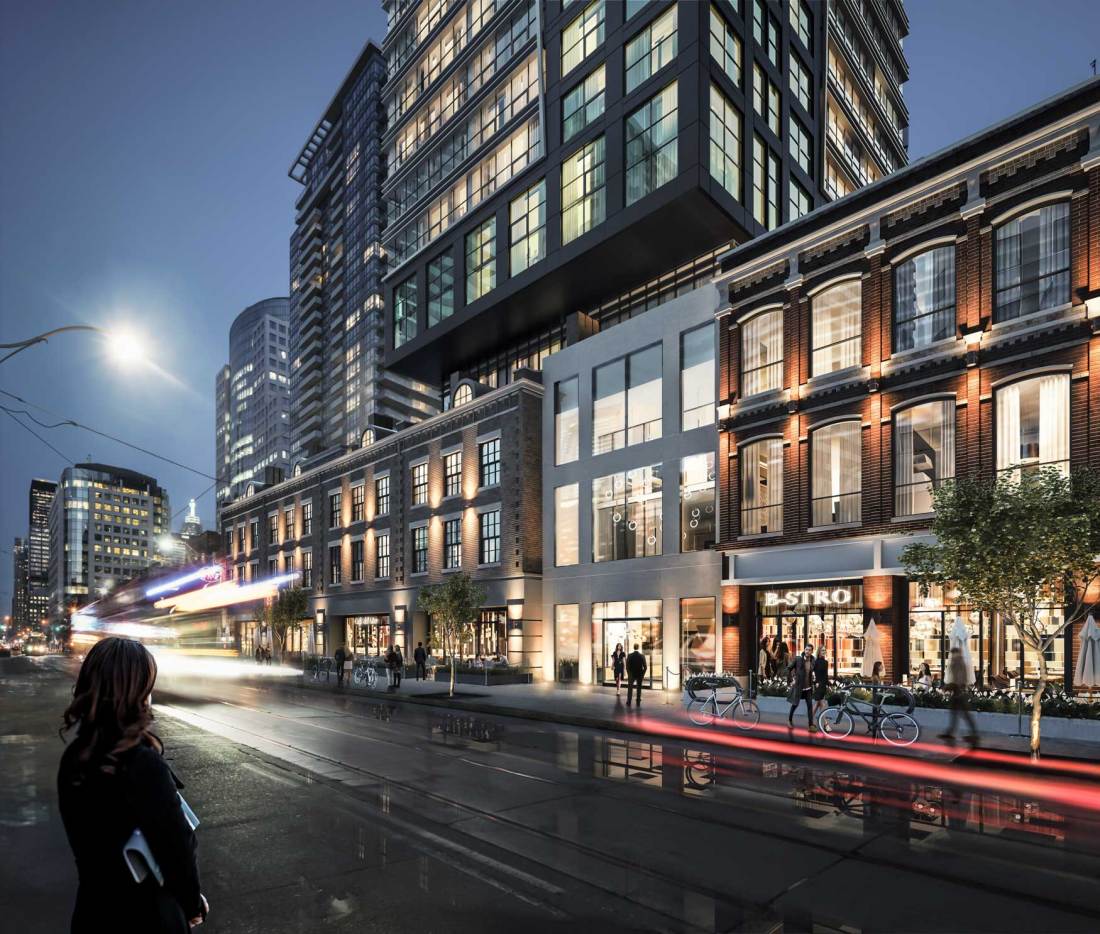 Empire Maverick Condos is located in the SOHO of Toronto also known as King West or Entertainment district. Condo development in the past decade has surpassed that of almost every neighbourhood in the city, with its abundance of eating, shopping and entertainment, King West has attracted all walks of life to its exciting streets. If you like to have your finger on the pulse, consider this neighbourhood the social hub of Toronto. The area is served by several 24-hour streetcar lines, including the King line, which recently underwent a pilot study to increase commute efficiency. The condo site is also a short walk from St. Andrew Station, connecting you with the subway’s line 1. From there it’s a single stop to Union Station, which connects to the subway, VIA Rail and the GO train. Living in Empire Maverick condo will give you all sorts of choice when it comes to getting around. The 504 Streetcar runs 24/7 along King Street, the 501 Queen car is only a couple of blocks north, and 510 Spadina streetcars also cut through at some of this downtown neighbourhood’s most well know intersections. With easy access to the Gardiner and Lake Shore Blvd via Spadina Ave, you can get anywhere in the city. Sitting right in Toronto’s designated “downtown growth centre,” this project is an excellent opportunity to be part of a high-energy district where some of the city’s hottest restaurants and entertainment venues are steps away.